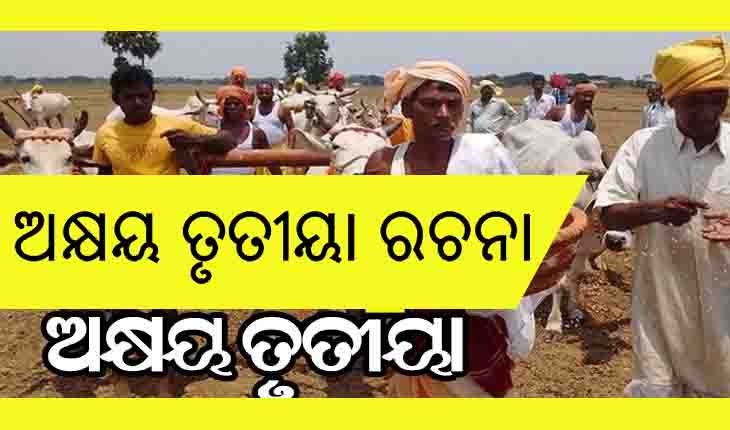 Akshaya Tritiya Essay in Odia: Akshay Tritiya is one of the major festivals celebrated in Odisha. The festival falls on the third day of the lunar month of Baishakh. The people of Odisha celebrate the Akshay Tritiya festival with great pomp.


There are many legends behind the naming of the festival. Which is why the name of the festival is Akshay III. Akshayasu’s legend is one of them. In Satyayuga, the inhabitants of the earth were terrified by the glory and oppression of the demon Akshayasur. Not only in the earth but also in heaven, hell and hell, all of them prayed together to God Vishnu because of his cruelty.

God Vishnu Baishakh Shukla killed Akshayasur on the third day and established peace in the world. The day became known as Akshay Tritiya because of the monster named Akshayasur. In addition, Akshay III was considered the first day of the Adi Satyayuga. It is believed that if a person donates food or water on the third day of Akshay, that person will attain immortal prosperity.