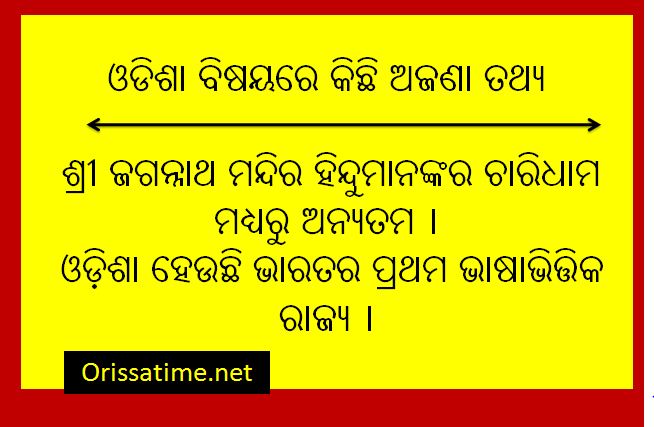 Amazing Facts About Odisha in Odia