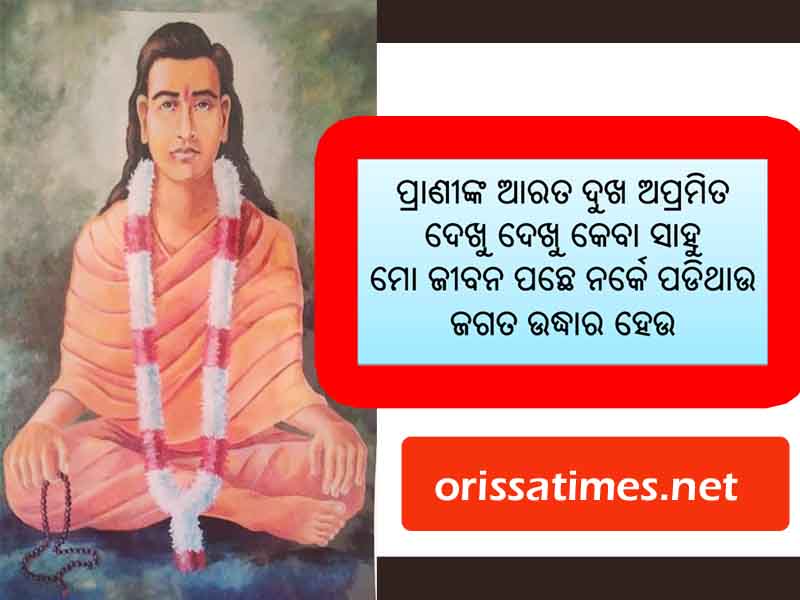 “Bhimvoi was a poet of the common man. He wrote poems about the suffering of the people. “It simply came to our notice then. As a result, his writing touched people’s hearts.

His praise is the building property of Chintamani Oriya literature. We can combine the text, mood, and verse of Stuti Chintamani with the world poet Rabindranath Tagore’s ‘Gitanjali’ and Jaydev’s ‘Gitagobind’, ”said Dr. Fanindra Bhushan Nand, eminent researcher and essayist.

In all of Bhimvoi’s writings, efforts were made to correct society and society. His deep sympathy and sensitivity for the oppressed and the downtrodden is rare in Oriya literature. He took on all the sorrows of the world for the sake of human welfare.

Bhimvoi has written a number of poetry poems on the plight of the oppressed and the downtrodden in society. He spoke in support of the US Alliance, but said that maintaining some independence was important. Bhimvoi also revolutionized the cause of women’s freedom, “said Shuchismita Mantri, secretary of the Odisha Sahitya Akademi.