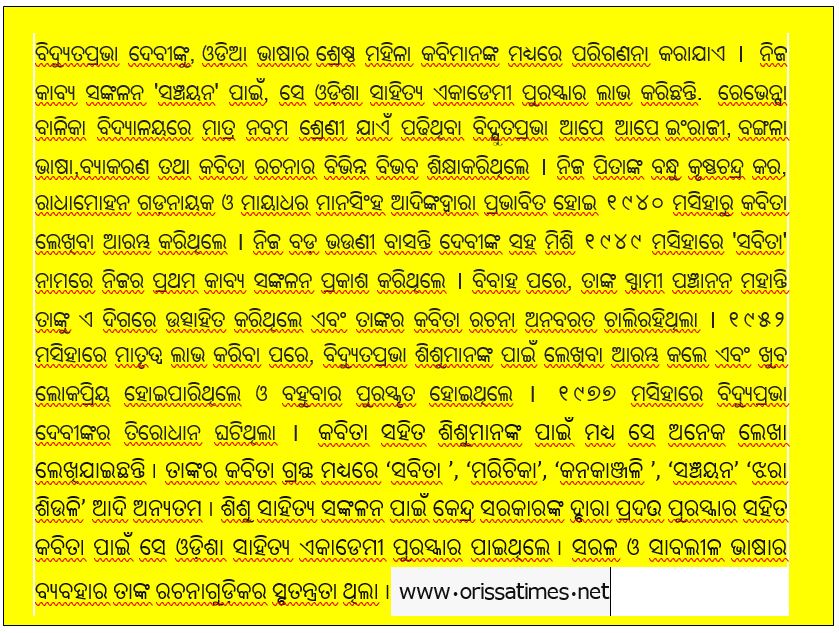 Bidyutprabha Devi is considered one of the best female poets of the Oriya language. He has won the Odisha Sahitya Akademi Award for his collection of poems. In the Ravensa Girls’ School, Vidyutprabha, who was only in the ninth grade, automatically learned English, Bengali, grammar and poetry.

Influenced by his father’s friends Krishnachandra Kar, Radhamohan Gadnayake and Mayadhar Mansingh, he began writing poetry in the 180’s. He published his first collection of poems, “Sabita”, in 18, along with his elder sister Basanti Devi. After her marriage, her husband, Panchanan Mohanty, encouraged her to do so, and her poetry continued.

After becoming a mother in 1952, she began writing for children with electric shocks, which became very popular and won many awards. The goddess Vidyuprabha passed away in the 19th century. She has also written a number of articles for children, including poetry.

Her poetry books include “Sabita”, “Marichika”, “Kankanjali”, “Sanchayan”, “Jhara Shiuli” and others for her collection of children’s literature. Sahitya Akademi won the award.