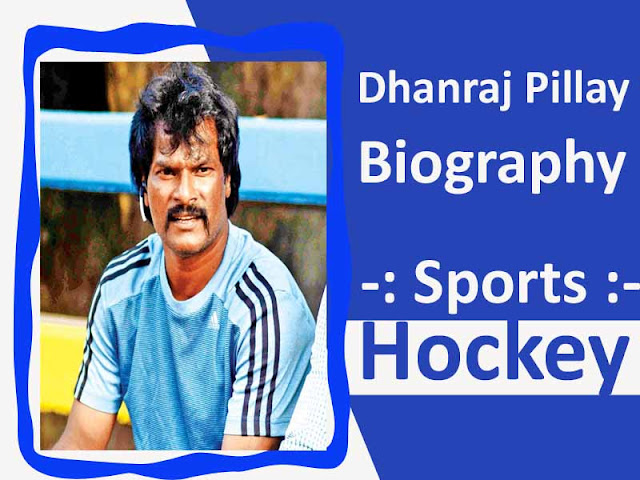 Dhanraj Pillay Biography: The name of Dhanraj Pillay does not require any introduction for us. This is an introduction in itself. He has been able to display his talent more as a good player than as a successful captain. The place which is of Kapil Dev in cricket is that of Diego Maradona in football, the same place is held by Dhanraj Pillai in Indian hockey. Welcome to orissatimes.net please read the post at the end.

Dhanraj Pillay was born on 16 July 1968 in a South Indian Gond family in Maharashtra. Dhanraj Pillay was so fond of hockey since childhood that he used to form a team with his friends and play hockey sticks with wooden twigs. After the completion of his elementary education, when he was selected in the Indian hockey team, his parents were very proud of their son.

Dhanraj Pillai was deeply in love with his mother and he had promised his mother that he would not marry until he won the gold medal in hockey for the Indian hockey team.

When he told this to his mother, everyone made fun of him, but he had proved by his words how much he loved his country. Dhanraj Pillai, who is known in the team because of his long wavy hair, is not only the Golden Boy, but with the skill of his game, he manages to dodge the players of the opposition defense line and reach the ball inside the goal post.

Dhanraj Pillay did not get the ball that his only goal was to keep him recognized till the goal post. If the opposition player was successful in stopping Dhanraj in some way, this was his effort. He has played World Cup, Olympics, Asia Cup, Asia-Africa Hockey till now. He has a record in the Indian team for scoring the most goals so far. Dhanraj Pillay is undoubtedly the head of Indian hockey, however, he remains in a lot of controversies, due to which he is forced to stay outside the team despite his personal qualifications, due to which his game is affected.