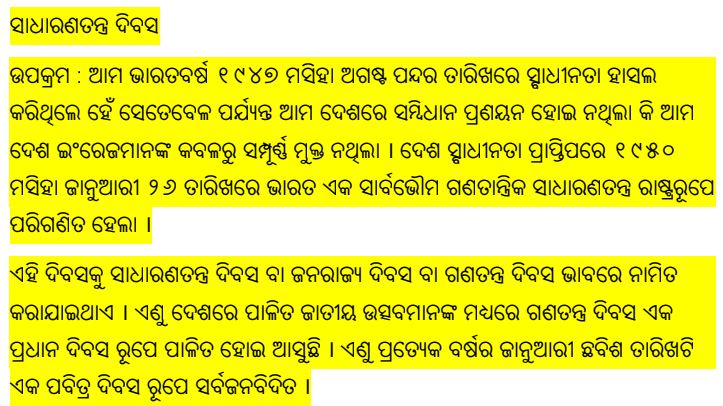 Essay on Republic Day in Odia

Every year 26 January is celebrated as Republic Day in India. On this day in 1950, the Constitution of India was implemented by removing the Government of India Act (Act) (1935). To become an independent republic and establish the rule of law in the country, the constitution was adopted by the Constituent Assembly of India on 26 November 1949 and came into force on 26 January 1950 with a democratic government system.