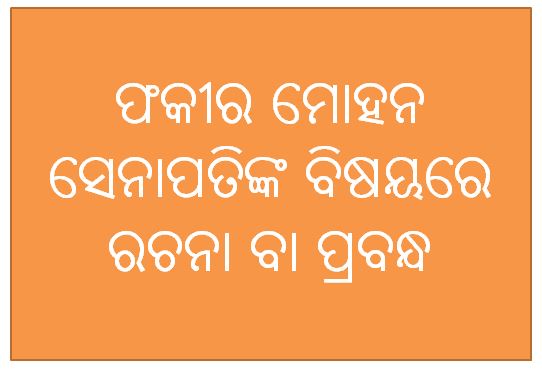 Good discussion. Fakir Mohan’s classic novel “Six Man Eight Guns” proves that the words of Pandit Gopbandhu have been proved true by pointing out that no disaster will befall them. Fakir Mohan’s “Saria and Bhagia” will continue to exist as long as he lives on this earth as far as agriculture, farmers and land rights are concerned.