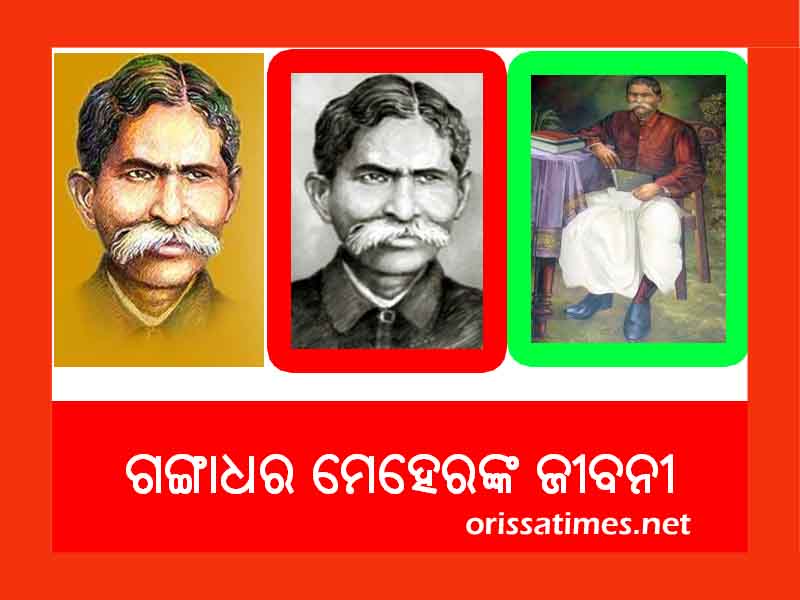 We have heard of Gangadhar Meher as a nature poet since childhood in school; But look at how the “feeling” has arisen in the desert of scarcity for these “nature poets” – “Poverty is the mud of my life / Abal belly in the water.” But at the age of 72, he lost all his playing skills. Excluded treasures.

We know Rabindranath Tagore as a world poet. Ravi Thakur has repeatedly enjoyed the blue waters of the Ganges. The Ganges water has consecrated Ravi Thakur, but the poetry of the “Tagore” of Odisha, Gangadhar Meher, who wrote in the soil and water of his state, is no less than the poetry of Ravi Tagur in terms of prasadam. Unfortunately we have not been able to introduce the Oriya, Gangadhar Meher to world literature; Only his name was added to the textbook or college.

Not only the common people but also the feudal lords of the feudal lords were calling for trahi trahi in the oppression of the British imperialist monarchy in the subjugated India, just as Yoga was the land of Gangadhar. It is unknown at this time what he will do after leaving the post. In the midst of all this sorrow, torture, humiliation, exploitation, oppression, oppression, Gangadhar Meher seems to have created a wonderful meaning in life. His field of life, his field of literature, his field of religion, his field of war are all aligned. He has created in a wonderful way, immortalizing Indian language and literature.

Many research papers have been published on the nature of the poet’s home, the land, the wealth, the children, the siblings, the parents, the friends, the education, the conduct, the sin, the sorrow, the good. There have been many interpretations of the poet’s poetry. I just ordered some translations outside of that translation. From childhood to the end of the basil leaves, from the youth to the end, every moment of the day, from month to year, constantly observing the year and month, the unparalleled beauty of nature, the sun, the moon, the day and night, the dark-light, the paddy field, the grains, the fruit-bearing fields, Not only the great river, but also the Ganges, Godavari, and many sacred rivers flow from the poet’s mouth. Blessed, blessed are we, the people of Odisha – because Gangadhar Meher was born on the soil of Odisha.