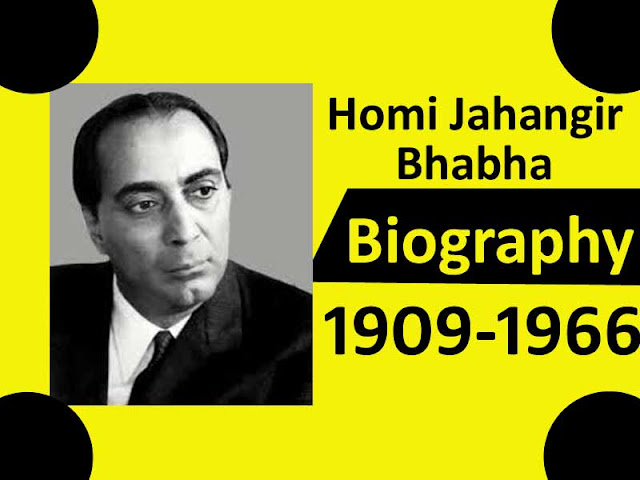 He strongly advocated from his speech in Geneva on the topic of atomic power and peace, that “the underdeveloped and poor countries of the world will stay away from modern industrial development until they use nuclear power and energy”.

Dr. Homi Jehangir Bhabha was born on 30 October 1909 in Bombay in a well-educated and prosperous Parsi family. His father J.H.Bhabha was a well-known lawyer. He completed his early education from John Cannon School in Bombay.

Received higher education in science from Elephanton College and Royal Institute of Science College. Received a PhD in Science from the University of Cambridge, London. His interest was especially in mathematics and physics.

Dr. Bhabha went to different countries of Europe and gave speeches in relation to the fundamental discoveries of cosmic rays along with the subjects of electricity and magnetism, due to which he became famous among great scientists. He propounded the “principle of the sequence of cosmic ray showers”.

On his return to India, in 1941 he was appointed Professor of Physics at the Indian Institute of Science, Bangalore. He also worked honestly and conscientiously on the post of Professor in the Cosmic Rays Revision Center. In the same year he went to London after being elected a Fellow of the Royal Society.

In a poor country like India, he also established atomic furnaces named Apsara and Jarlina so that India can establish its scientific capability in the world.

Dr. Bhabha was a scientist as well as a music lover. He had a keen interest in listening to the gramophone. Along with listening to music during his leisure time, he also used to paint. He also used to read books of different religions. This scientist, who made India nuclear power, died in a plane crash on 24 February 1966 when he was going from Bombay to Geneva. His jet plane was destroyed after colliding with Mount Black, the highest peak in Western Europe.

Dr. Bhabha, who gave nuclear energy to the Indian science world, worked for the development of the country like a peace loving scientist. He wanted all round development of the nation through scientific progress. When neighboring countries like China made atomic bombs, he had advocated to make India nuclear power.

Today the credit for the success we have achieved in preparing fertile land by nuclear power in the desert areas goes to Dr. Bhabha (Homi Jehangir Bhabha). The rejection of the offer of ministerial post by Late Prime Minister Lal Bahadur Shastri shows his ruthless humanitarian character.