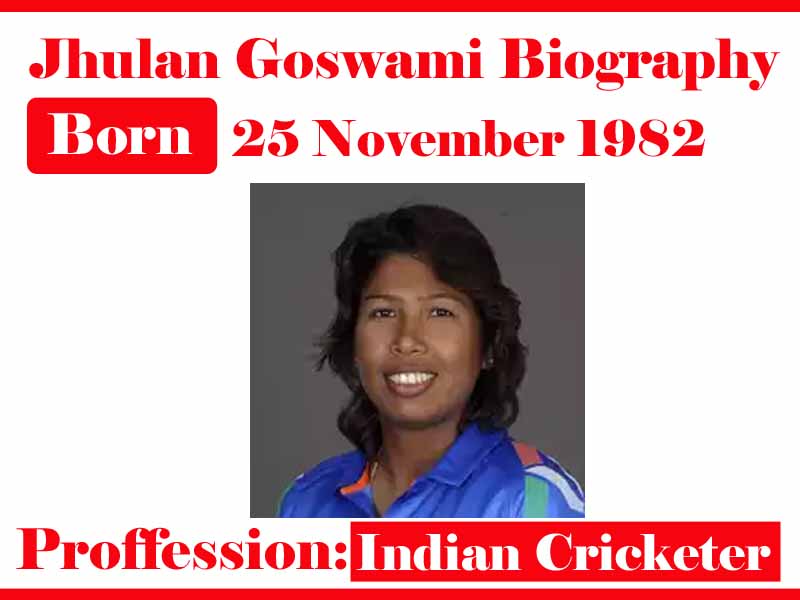 Who not only made the country proud by his performance. Rather it also proved that daughters of our country are no less than sons. Whose glimpse you must have seen on the tournaments played by them. In which their performance has always been commendable.

Jhulan Goswami is one of the fastest bowler of Indian cricket team. He was born on 25 November 1983 in Nadia district of West Bengal state. His father Nishit Goswami who is working in Indian Airlines and mother Jharna Goswami is housewife. His family was ordinary middle class.

Due to which they had to face a lot of difficulties. But he did not give up even in that situation. It is said that he was very fond of jumping to play from the beginning. Continuing which he first started playing football. But when he saw some people playing cricket in the Ein Garden, he set his goal and made cricket his dream.

Jhulan Goswami started his career at the age of 15. When he started playing cricket. For which he convinced his family. But due to no cricket club nearby, he had to go to Kolkata to play cricket. After which he got a chance to play One Day International match against England in Chennai in 2002 at the age of 19.

After which he got a chance to play with the Indian cricket team. In the 2006–07 season, he led the Indian team to victory in the Test series in England. In this, he was with her, the mixing rule. In 2008, he took over the captaincy from Mithali Raj and worked on it till 2011.

Awards and Honors of Jhulan Goswami

In 2007, Jhulan Goswami was nominated for the ICC Women’s Cricketer of the Year. She was selected as the captain of the Indian women’s cricket team from 2008 to 2011. He was awarded the Arjuna Award in the year 2010.

Read Also:: Why is Defibrillation Important

Was awarded the Padma Shri in the year 2012. He was also given the A. Chidambaram Trophy. After which his name is included as a fast bowler.

Anushka Sharma who is returning to the screen once again after the maternity interval. With the film Chakda Express in which she will be seen playing the role of fast bowler Jhulan Goswami. In which she will show the wonderful journey of her life.

After which people will be able to get better information about Indian women’s cricket. Its trailer has recently been released on social media. Seeing which you can get an idea about the story of this movie.