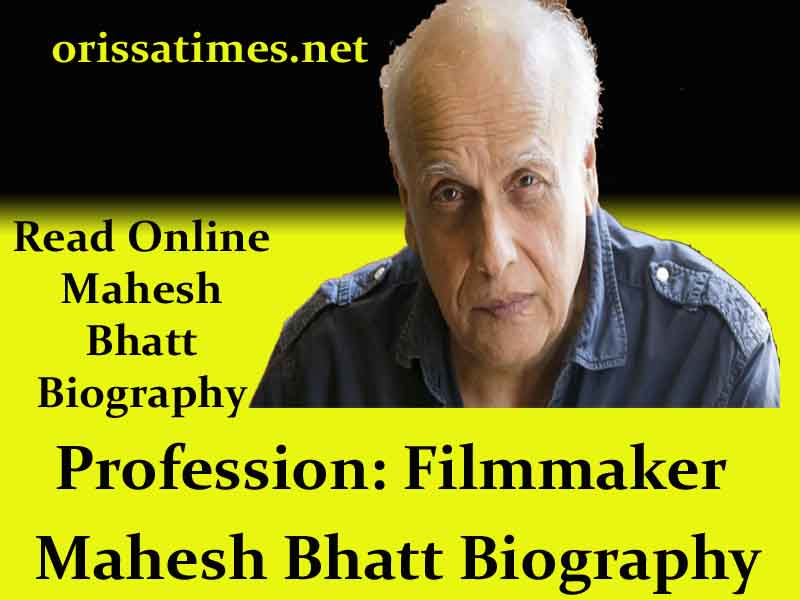 Mahesh Bhatt Biography: Mahesh Bhatt was born on 20 September 1948 in Mumbai. Bhatt’s father Nanabhai Bhatt was a Hindu Nagar Brahmin while mother Shirin Mohammad Ali was a Gujarati Muslim. Mahesh Bhatt has a brother Mukesh Bhatt who is himself a film producer. Mahesh Bhatt took his schooling from Don Bosco High School in Matunga. While in school, Bhatt also advertised products to earn money during the summer holidays.

In 1974, Mahesh Bhatt started his film career as a director at the age of 26 in the film “Manjile Aur Bhi Hai”. In 1979, the film Lahu Ke Do Rang, produced by him, won two Filmfare Awards. In this film, Helen got Filmfare for Best Supporting Actress and Madhukar Shinde for Art Direction.

His last film as a director came in 1999, which had an average performance. After this, Bhatt left directing and started doing screenwriting. His film company Vishesh Banner is still one of the biggest production company in India.In 1995, Mahesh Bhatt turned to TV and made two TV series A Mouthful of Sky and Swabhimaan. After this, in 1997, Kabhi Kabhie TV serial was made.

Mahesh Bhatt had mastered the making of Hindi films by copying Hollywood films, and at that time no one even knew. He also took many scenes of Hollywood films in Hindi films. After this, he directed Dastak in 1996, Tamanna in 1997, Duplicate 1998 and Zakhal based on Mumbai riots in 1998.

In 1990, Mahesh Bhatt made the biggest film of his life, Aashiqui. Rahul Roy, Anu Agarwal and Deepak Tijori got the lead roles in this film. This film was not only successful but its songs became evergreen, whose music was composed by Nadeem-Shravan. After this, Mahesh Bhatt brought his daughter Pooja Bhatt in films through the film “Dil Hai Ki Manta Nahi”, in which Aamir Khan was the lead actor. This film was also very famous for its performance as well as its music.

Mahesh Bhatt fell in love with a foreign woman named Lorraine Bright and married her at the age of 20. Bright later changed his name to Kiran Bhatt. With this they had two children, Pooja Bhatt and Rahul Bhatt.

After this, his first marriage broke down due to his affair with Parveen Babi, but this affair did not last long. After this Mahesh Bhatt married Soni Razdan in 1986. By this they had two daughters Shaheen Bhatt and Pooja Bhatt. Emraan Hashmi is the son of his cousin Anwar Hashmi, thus he became his nephew.