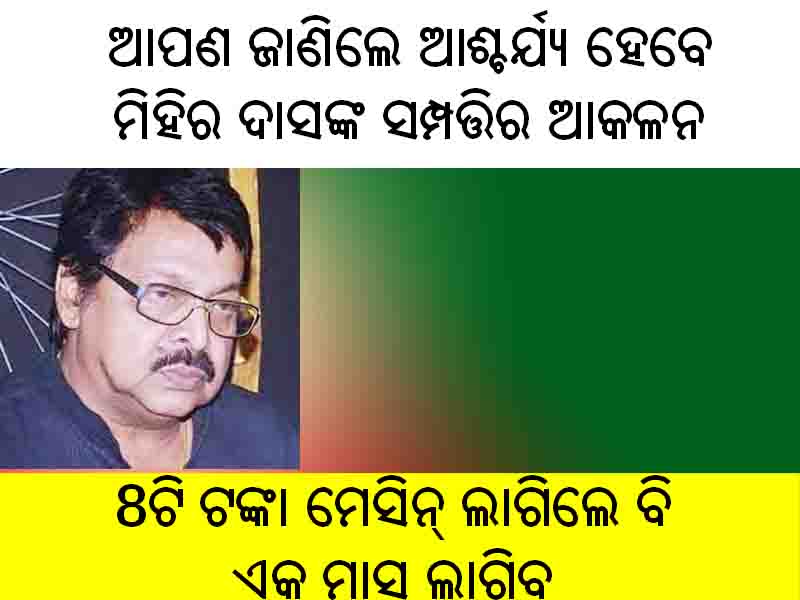 Mihir Das, a well-known actor in the Oriya film world, has passed away. He died at a private hospital in Cuttack. He was 55 years old at the time of his death.

Mihir Das started his career as a stage performer and later entered the film industry, honing his skills as a lead actor and director.

Mihri Das, born in 18, was married to actress Sangeeta Das. Prior to his hospitalization, Mihir Das’s popular program, Ashar Alok, gave him a different identity. He organized many unmarried families through this program.

Mihir Das mourned the loss of various palaces. Many cine actors and filmmakers have blamed the Oriya film industry for its loss.