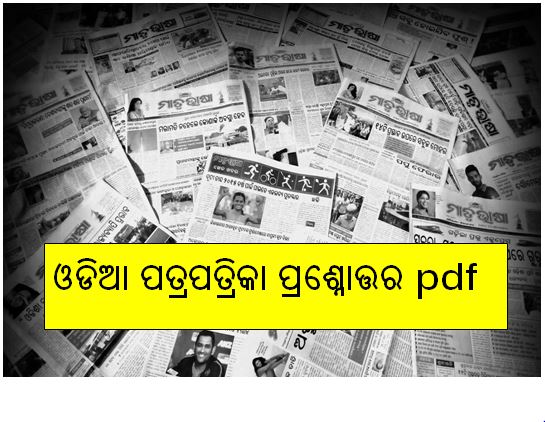 Even before the “Bigyan Darpan”, multiple science articles had been published. For example, its emergence became clear when Madhusudan’s proposed ‘Chandra O Tara’ was published in the 1st issue of ‘Utkal Darpan’. In the same year, many eclectic scientific articles were published in the magazines “Lunar Eclipse”, “Are the Planets Homes for Animals?” And many subsequent magazines.

Despite the fact that the magazine was well-received by students in a variety of color-coded papers, the publication was largely hampered by the non-cooperation of the school authorities and the lack of science-based writing.

However, due to the relentless efforts of the publishers, the “Science Mirror” magazine, which was repeatedly shut down and published, ended its seven-year struggle. Unfortunately, there is no specific information about this magazine that has not been able to attract the attention of researchers!

A new chapter was added to the world of Oriya journalism in 1933! Children and adolescents were selected as readers of the magazine. The magazine Taraka was published in Baleshwar targeting school children. Theories of mathematics and science were also spoken in simple language, with short lectures, poems, biographies, discussions, news, etc.

The discussion was enriched by the drawing. Although it has not been around for a long time, it has become a favorite of the students of the “first” Shishukishor_patrika “Taraka” school in Oriya language and has created a special place in the world of Oriya journalism. The Dhumketu magazine was published in Balasore that year, but did not gain much readership.