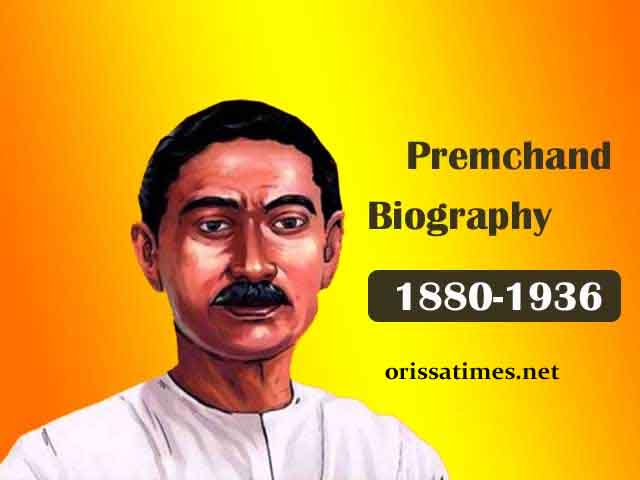 Premchand Biography Birth: Premchand was born on July 31, 1880, in a village named Lamhi, about four miles from Varanasi. Premchand’s father was Munshi Ajaib Lal and mother was Anandi Devi. Premchand’s childhood was spent in the village. He was very fond of sweets and especially Jaggery. As a child, he was educated in Lamhi and learned to read Urdu and Persian from a Maulvi Sahib. He was severely beaten up in ‘childhood’ for stealing a rupee. His story, ‘Kazaki’, is based on his own childhood memories. The Kazakh was the keeper of the postal department and made long journeys. He always brought some gifts with him for the child Premchand. In the story, he brings a deer chhona for the child and is fired from his job for being late at the post office. Running after the deer, he returned to the post office very late. Kazaki’s personality is steeped in extreme humanity. He is an effigy of decency and self-respect, but his heart is filled with human compassion.

Premchand’s total was that of poor Kayasthas, who owned about six bighas of land and had a large family. Premchand’s paternal grandfather, Munshi Gurusahai Lal, was a patwari. His father, Munshi Ajaib Lal, was a postmaster and his salary was about twenty five rupees per month.

His mother, Ananda Devi, was a beautiful, well-mannered and succulent woman. Premchand’s mother died after six months of illness. Then he was studying in class VIII. After two years his father got married again and Vimata was born in his life. There are many descriptions of Vimata in Premchand’s history. It is clear that the absence of mother in Premchand’s life could not be fulfilled by Vimata.

When Premchand was fifteen years old, they got married. That marriage was arranged by his step-grandfather. From the description of that period, it seems that the girl was neither beautiful to look at, nor was she modest in nature. She was also quarrelsome. The building of imagination of Premchand’s soft mind, as it were, collapsed as soon as the foundation was laid. This was Premchand’s first marriage.

The breakdown of this marriage was not a surprise. This marriage must have been a sad event for Premchand’s wife. It became his curse for the rest of his life. The blame for all this is on India’s traditional marriage system, due to which this arrangement becomes more of a gambling game than necessary. Premchand decided that he would do his second marriage to a widowed girl. This determination was in line with his high thoughts and ideals.

In the last days of 1905, you married Shivrani Devi. Shivrani Devi was a child-widow. His father was a courageous landowner in the area near Fatehpur and was eager to remarry Shivrani. In the primitive age of 1916, such an idea-only adventure can be estimated.

It can be said that after the second marriage, the circumstances in his life changed somewhat and the financial constraints of income reduced. There was more awareness in his writing. Premchand was promoted and made deputy inspector of schools.

In this era of prosperity, Soje Watan Prakash, a collection of five stories of Premchand, came to light. This collection became very popular. Shivrani’s book ‘Premchand-Ghar Mein’, presents a live and intimate picture of Premchand’s domestic life. Premchand, like his father, was a victim of dysentery and constantly suffered from stomach ailments. Premchand was a simple, idealistic person by nature.

He believed everyone, but he had to be deceived continuously. He lent money to many people, but often this money never returned. Shivarani Devi’s vision was a bit more worldly and tactful. She used to constantly taunt Premchand’s generous-heartedness, because many times it was the wicked who took advantage of this generosity.

Premchand himself was not prosperous and due to his generosity used to get stuck in financial crisis. In the story titled ‘Dhaporshankh’, Premchand tells a poignant story of his being duped by an insidious literary figure.

Fighting poverty, Premchand took his studies till matriculation. At the very beginning of life, he had to go barefoot away from the village to study Varanasi. In the meantime his father passed away. Premchand was fond of reading, later he wanted to become a lawyer, but poverty broke him. To avoid the hassle of commuting to school, Premchand took tuition at a lawyer’s house and started living with a room in his house.

He used to get five rupees for tuition. Out of five rupees, three rupees to the family members and two rupees to Premchand continued the car of his life. Premchand lived a life of hardship and deprivation throughout the month. Premchand passed his matriculation under the adverse circumstances of his life. He did his graduation in English Literature, Persian (Persian) and History from Allahabad University in second class. He studied English Literature as a subject in his Intermediate class also.