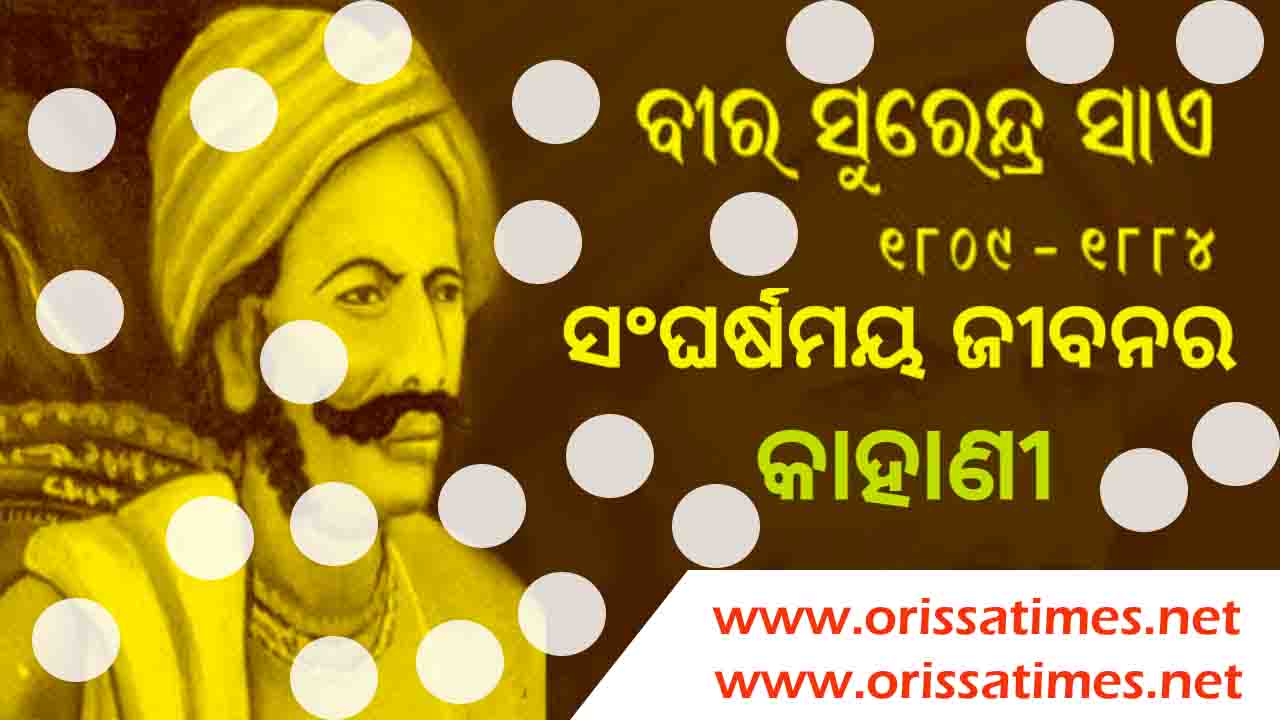 January 23, 14, full moon. On that day, there was a special festival in western Odisha called ‘Pushyabhishek’. Throughout the day, everyone was tired and sleepy. Capt. Stewart, Walker, Wright Out and Dr. Grass and spy Mohan Singh were present at the house of AB Kumbleles, Deputy Commissioner, Sambalpur. He went as far as the mouth of the river and arrested his allies, along with the most prominent freedom fighters and revolutionaries near the river bank.

Surendra Sai was born on January 23, 1908 in Bargaon, Khinda area, 14 miles from Sambalpur. Surendra was the eldest of seven sons and one daughter, Dharma Singh and Rebati Devi of Khindabhanshi. He was a descendant of Madhukar Sai, the fourth king of the Chauhan dynasty in Sambalpur.

Surendra Sai was the best man to ascend the throne after the death of the last king of the Chauhan dynasty, Nisantan Maharaj Sai, in 1928. But with the British authorities plotting to oust Surendra Sai from the throne, the public outcry intensified and the Sambalpur revolution took place.

To quell the Sambalpur revolution, the British forces, led by Major Osle, attacked Budharja and captured Surendra Sai, his uncle Balaram Sai and his brother Udant Sai. From 180 to 1956, they were imprisoned in Hazaribagh Prison.

During the Sepoy Rebellion of 1857, Surendra Sai escaped from prison with his brother Udant and returned to his hometown, where thousands of people from the influential Gauntia and the Gond and Kollah tribal communities gathered and expressed their support. From there, Surendra Sai’s great struggle against the British rule began.

At that time, there was a mass movement to expel the British from the country. Sambalpur was also affected. At that juncture in history, Surendra Sai’s appearance created a stir in the minds of the locals. Enlightened by this, his son Mitravanu Sai, who was on his way to jail when Surendra Sai went to jail, also joined the freedom struggle at the age of eighteen and remained with him till the end.

So the British authorities took steps to negotiate with him. Influenced by Major Impe, Surendra Sai agreed to surrender in 1922, on the condition that all rebels, including the monks, be paid. It was also approved by the British. However, after Impe’s death, Colonel A.B. Comrades succeeded in the night of the coronation by plotting to arrest all the rebels.

At the end of the trial, the verdict was announced. However, under Section 3 of the 1917 Act, they were not released under the Protection of India Act. They were detained at Giridur in Asurgarh in the Satpura hills on the border of Madhya Pradesh and Maharashtra. Surendra Sai, the great freedom fighter who spent a total of 36 years in prison during his lifetime, breathed his last in the midst of the hills on February 26, 19 in public.